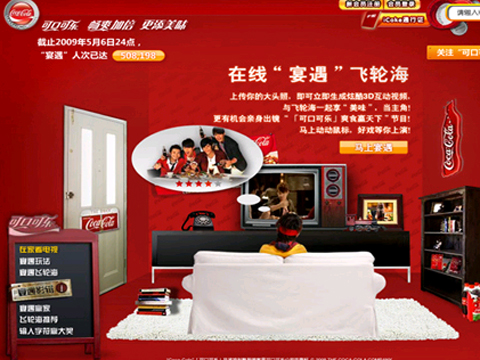 The campaign aimed to create an association between Coke and food for every enjoyable occasion. What else can be more exciting than to let “you” actually be there having dinner with the hot music group “Fei Lun Hai” and to make a viral video to impress your friends! We pushed the boundaries of Flash 3D technology to allow users to upload their photo, which converted into a 3D face which blended into the video, and showed the consumer in the scene with the other celebrities. The innovate tech not only gained the WOW effect, but also reached over 20MM people.