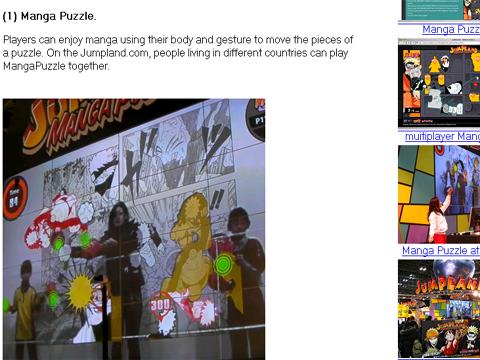 The sales of manga magazines in Japan are declining because people nowadays have other entertainments like games and the Internet contents. Our aim is to promote the mangas to people in Japan and outside Japan. We made "JUMPLAND" a combinational promotion of a website and interactive installations. The first installation is manga puzzle game. Players can use their body and gesture to move the pieces of manga. The second one is Soul Flash using Augmented Reality technology. If people show a special card on their hands in front of the screen, Manga characters appears and moves on it.