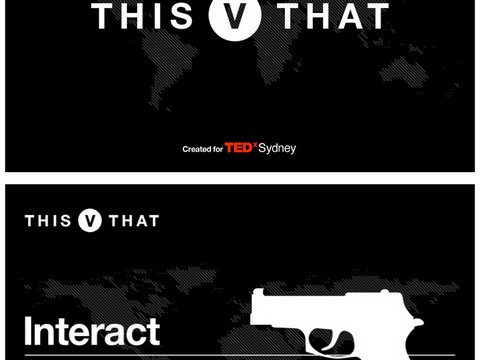 THIS V THAT comprised a set of films that linked to an iPhone App which were conceived and produced for the 2011 TEDxSydney event. The ‘THIS V THAT’ project set out to contrast the occurrence of various phenomena around the world. And allow people to decide whether one type of activity might be linked to another. For example, is there a connection between rainfall and the prevalence of sexually transmitted diseases? Does the consumption of coffee link to the occurrence of homicides? The App was downloaded over 28,000 times in the first two weeks and was quickly picked up and featured as 'New and Noteworthy' worldwide on the App Store.