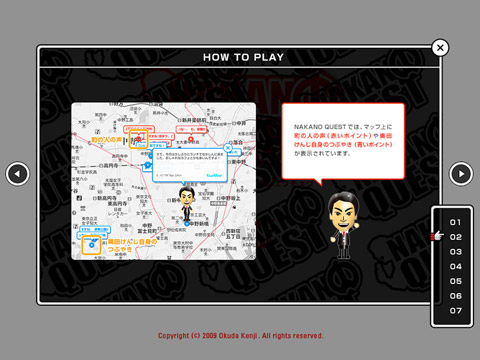 At NAKANO QUEST, Twitter is working in conjunction with Google maps. The comments (Twitters) from Mr. Kenji Okuda, a Nakano City Councilor are placed on Google maps so that his political activities, “when”, “where” and “what he did” are made visible. In addition, on the website, concerns about the local areas people live in or improvements to be made on the town can be posted or voted in the form of “Quest” to be addressed to Mr. Okuda. He will communicate with users who have posted their “Quests” by looking at requests with the most votes, carrying them out in the real world and making real-time feedbacks to Twitters.