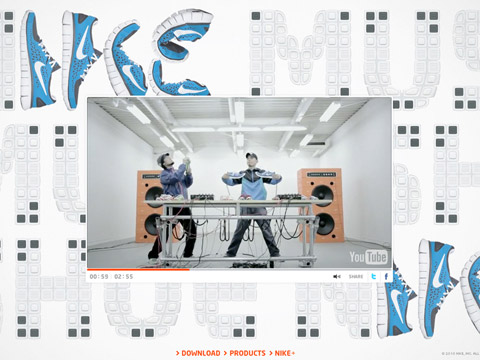 Nike launched NIKE FREE RUN+, the new addition to the NIKE FREE footwear line in late March 2010. The main communications campaign conveyed the new model’s incredible flexibility with the tagline “Free like feet want to be”. Nike Japan further wanted to develop an idea that creates buzz about the shoe’s flexibility and NIKE+ compatibility. The idea was the NIKE MUSIC SHOE. Why not make a real musical instrument utilising the shoe’s unique bending features and create a soundtrack with it? The music performance was commissioned to breakbeats unit HIFANA, who collaborated in the creation of the instruments and also wrote the song.