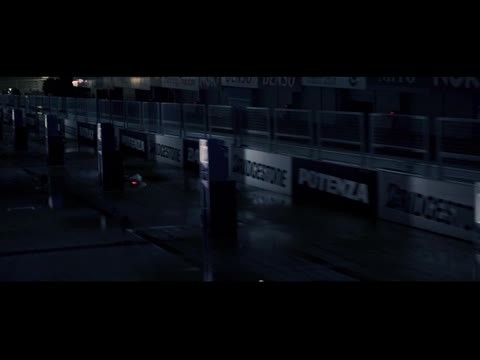 Honda's R&D is not only about mechanics, but also making innovations in the "brain" of the vehicle, or, electronics. Internavi is a two-way communication car navigation system that uses vehicle telematics system, roots of which go back to 1980's when Honda introduced Telemetry system to Formula 1. Honda has been testing and perfecting this system ever since. Today, the system supports everyday drivers. In 1989 Senna sets the world's fastest lap during the Japanese Grand Prix qualifying in Suzuka. On board his machine was Honda's telemetry system that recorded acceleration/engine data. Using this data and the latest technology, we re-enacted that lap from 24 years ago. Engine sound of Senna's F1 machine McLaren Honda MP4/5 was re-created by combining Senna's driving data collected in 1989 with MP4/5’s engine tones recorded today. Hundreds of networked speakers and LED lights placed along the race line synchronized with Senna down to the millisecond.