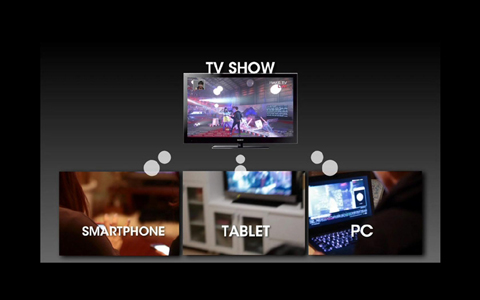 Make TV was made as a part of the Sony 'make.believe' brand campaign. It was the first of its kind 'live interactive TV show' that allowed the audience to participate in creating a music video for Karmin on TV. When you downloaded the app 'Dot Switch' to your smartphone, tablet, or PC, you were able to collectively turn on the machines inside the TV show. The TV footage was then made into a music video, with a thank-you-list of all the participants' names. As a result, more than 890,00 people watched it live, and over 7 million pushes were recorded during the show.