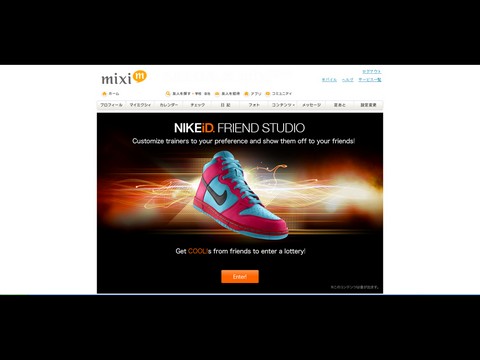 At the request of NIKE and Japan's largest social networking service "mixi", Bascule GO! created an interactive advertising content which bases existing ad spaces on the mixi website. On a special website, users customized NIKEiD trainers and saved their designs as banners, which were posted on their friends’ mixi pages. It became the very first model of "social banner" ad that utilized the social graph. The CTR (Click Through Rate) of the banner increased by 16 times higher than that of an average web banner during its three week campaign. A total of 2.13 million people used the tool.