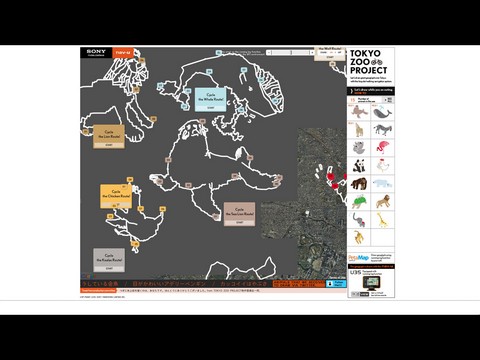 The “nav-u” U35 is a personal navigation device to put on a bicycle. We promoted using attractions of Tokyo, whose roads developed complexly. By requests via twitter, we we draw gigantic animal geoglyphs over Tokyo, using its running log function. The bike rides, logs the routes and uploads drawings to the website immediately. Progress is tweeted in real time. The project was featured in mass and online media, blogs and tweets. We also received positive feedbacks from oversea. In two weeks, Sony marked the first in the market. A promotion for a bicycle navigation also became Tokyo‘s PR.