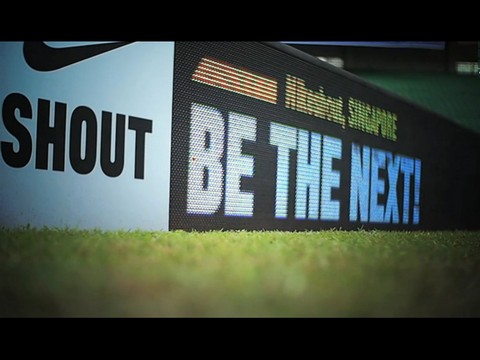 Nike wanted to give football fans a new way to be heard where it matters most—live on the pitch during a match.The solution was NikeSHOUT, the world’s first socially connected LED digital perimeter board. Fans visited Nike Football’s Facebook or Twitter pages to post their messages, which were streamed live on the pitch. Over 400 messages per game were broadcast. Famous players like Cesc Fabregas and Rio Ferdinand tweeted to show their support. Nike Football’s Facebook page ‘Likes’ increased by 55% to 560K. One single Facebook post on Nike Football’s page garnered a whopping 24,000 comments.